The final piece of scenery for the 'Get to the Choppa' game at Brocon is a landing pad for Cheetor's Helga. I tend to spend an age browsing for ideas and then humming and hawing over measurements and the like so this time I decided to see if I could make something quickly. I reckon all told this took about 4 hours to make over the weekend 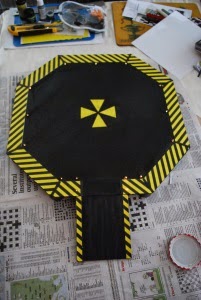 I started by getting a large piece of 3mm MDF and squaring it off to 40cm x 40cm. Then I measured in 10cm from each corner and cut off the 4 triangles to leave me with the following shape. 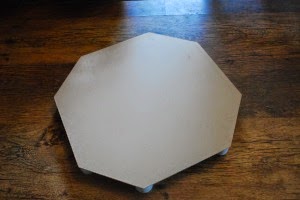 Next I cut some spare plastic pipe that I had into 12 x 25mm lengths and glued them to the under side of the board. I put a cluster of four in the centre to add strength to the platform as I reckoned Helga's weight could cause problems with warping. 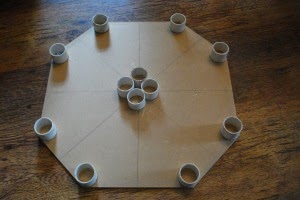 The ramp is just a simple rectangle with 2 triangular sides. It's measurements depend on how steep you want the slope. I drilled 3 holes along each long side, except for the side that the ramp was going against. I sanded the surface lightly to give it some texture and then I sprayed the whole thing black with some cheap spray paint from a euro shop. I did this outside in direct sunlight and at this point everything warped. I was not a happy camper (to say the least) but thankfully as the paint dried everything straightened out again. 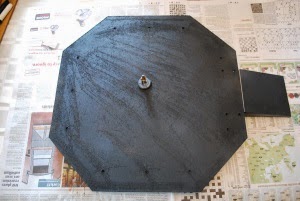 I designed some yellow and black hazard stripes and printed them off on card stock. Once they were dry I cut them into strips and glued them along the edges. I cut some strips of black card and glued them where the hazard strips met. This step wasn't really necessary but it does neaten things up. 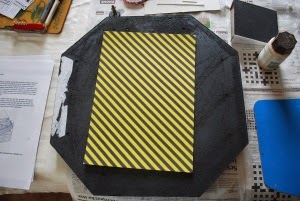 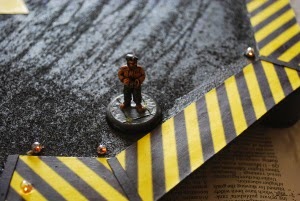 I cut 4 yellow triangles to mark out the centre of the landing pad and glued them in place. I had bought a set of cheap LED lights in the same euro shop as the spray paint and pushed these though the holes. When doing this make sure to measure the distance between each bulb before drilling the holes. I didn't and it turned out to be a very tight fit. I taped the power unit under the landing pad making sure that the switch was easily accessible from the side. 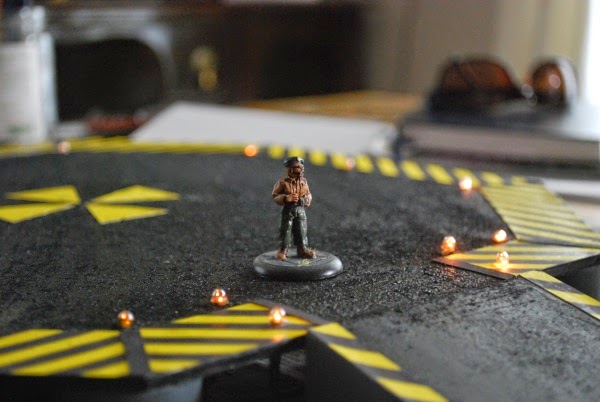